So many people walk around looking down, down at the ground. Maybe they don’t want to make eye contact with other people or they have dropped something and are looking for it. I’m not sure what it is but I decided that didn’t seem like a good idea. So the next time I was wandering around Sydney CBD I decided that I would make a converted effort to look up to see what was up there. Some how and I don’t really know how we ended up at Luna Park, Sydney. I had never been there before (also no idea why) and much to my surprise the place is full of colour and there is plenty to photograph. 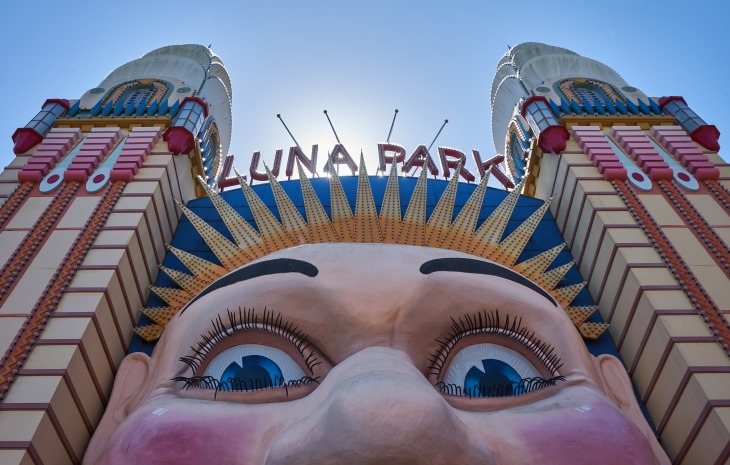 Those eyes are always looking down at you and you look up at them as you enter the famous landmark. I’m not sure that the angle I have photographed the famous face of Luna Park at makes you want to enter or they appear to be rather creepy and will scare you away. 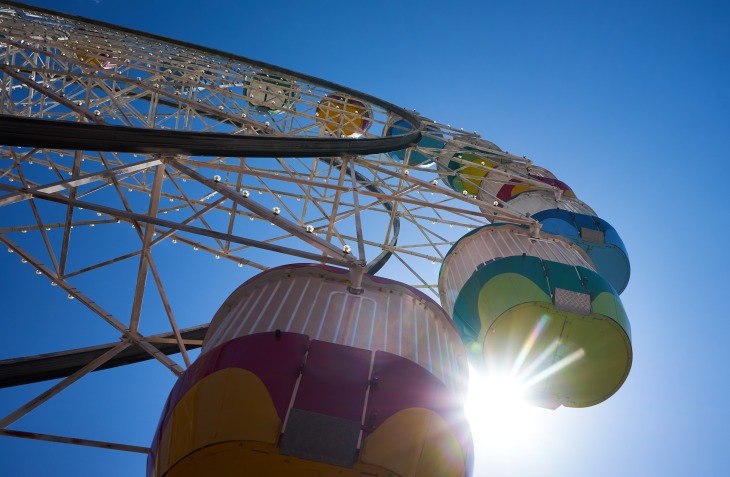 Who doesn’t love a ride on a Ferris wheel especially one at Luna Park. The Ferris wheel has been photographed numerous times at all times of day and night which always makes coming up with something new and unique difficult some times. Here I wanted to capture the glimpse of the sun peaking through the gap between the carriages as the wheel travelled around.

The Whirler is a ride where the very young are introduced to fear, the fear of being continually whirled around and around becomes vomit inducing with parents wondering why they gave them that last ice cream. I did like the sign because it has an old school feel to it and those eyes make me sick every time I stare at them for long enough.

I only noticed all the things that were up higher than eye level when I deliberately and purposefully made an effort to look up and I do mean higher than the your normal store or street sign. The lesson that I learned here is that its certainly worthwhile looking up every now and then to see what is up there.