Noticing this gent who was well out of place in the city was not hard. So I waited for him on the other side of the intersection for him to cross and come to me.  When he crossed I asked him if he wouldn’t if I took a photo, he didn’t mind and his female friend kept asking me if I knew who it was. It was pretty tempting to come up with some smart remark about him being someone else like Paul Hogan.

As I snapped a few shots off he kept telling me to hurry up all the while he rolled his cigarette. Either way he’s not the real Crocodile Dundee ! 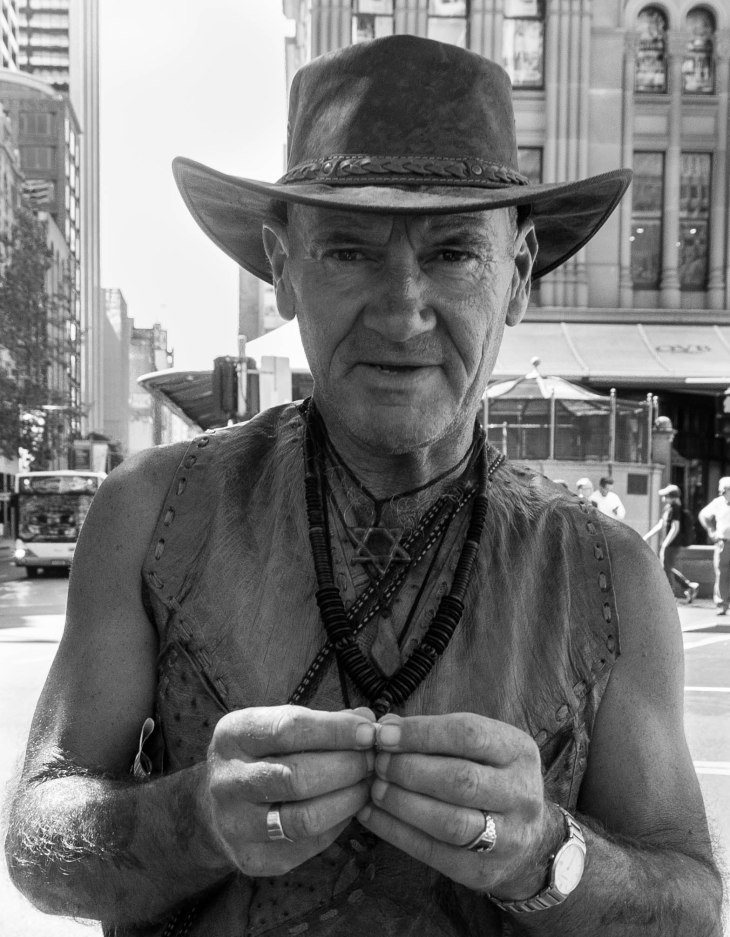