And you thought this blog was just about photography didn’t you, well  I have noticed a disturbing trend and that Social media platforms are increasing and its starting to become overwhelming. I am constantly thinking about the responsibilities of social media while I sit in traffic and now I am dreaming about it which is now becoming a large distraction from my photography.

The responsibilities of social media sucks up quite a substantial amount of your waking hours, especially when you start counting up the forms of social media that I currently have. But, and there is always a but, as a photographer social media is a necessary evil. Its a way to share the images that you have captured, communicate with like minded individuals or groups, provide a glimpse of the images that have been taken from a particular shoot etc

I seem to have quite a lot of social media accounts, so I recently started to add it all up and then delete some accounts but before I hit the delete button on quite a few of them lets have a look at what I actually have and I wouldn’t be surprised if you have something similar to what is listed below or a lot more:

and now I have been introduced to another form of social media and its called Empire or something like that. Not that I will be using it but rather deleting the account. Now some people may argue that sites such as RedBubble are not Social Media, it may not be in its true form however there is a thriving community that is sharing, providing advice etc which is the same as Flickr and I believe that it is a form of social media. However many people would argue that social media is really just sites such as Facebook or Google Plus but I beg to differ, Blogging was really the first and probably the original form of social media because you could share your thoughts and ideas and engage people, then come along sites such as MySpace which was quickly followed by Facebook, and that’s where the downhill slope started.

The question I have to ask, is really how much Social Media is to much? but the questions don’t stop there either. You have to sit down and ask yourself the following:

To add to all of that I receive updates from blogs that I read on a regular basis and one that appeared in my inbox today sparked my interest. The blog is written by Gem Nicholls who is a very Tech Savvy person, younger than I am and I would say that she is well and truly across social media because people Gem’s age have learned how to use it effectively where people my age didn’t grasp it as quickly. 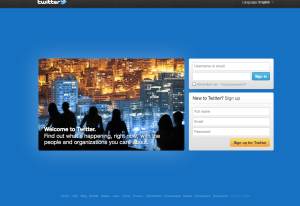 Gem has made a valid point in her blog post Social Media is the Devil…..and I’m getting old ! and that is how do you turn it off to achieve the things that need to be achieved in your life. Just where do you draw the line in the sand and then not crossing that line in the sand. Gem managed to draw that line to achieve getting her assignments completed on time and she didn’t cross that line she had drawn in the sand either. The problem Gem had was that she had a lot of outside input from social media platforms which created large amounts of frustration and equally, distractions. I must admit I know how she feels, this blog post has taken me over three months to write because I was getting distracted by social media platforms.

So, I believe that I will have to put some rules in place to manage all of my social media accounts or commitments to be able to effectively achieve what I need to get done every day in life. I am really curious to see how everyone else manages their social media, what rules people have in place to  be able to achieve goals or tasks.