The resupply efforts of Coalition Forces in Southern Afghanistan attract local children who would watch from afar, perceivably what they thought was a safe distance, and be amazed and entertained as to what the soldiers were doing. The Children would come in close and watch the soldiers going about their business and when a soldier approached they would run back out into the desert where they knew the soldier would not go and continue to watch what the soldiers were doing for long periods. 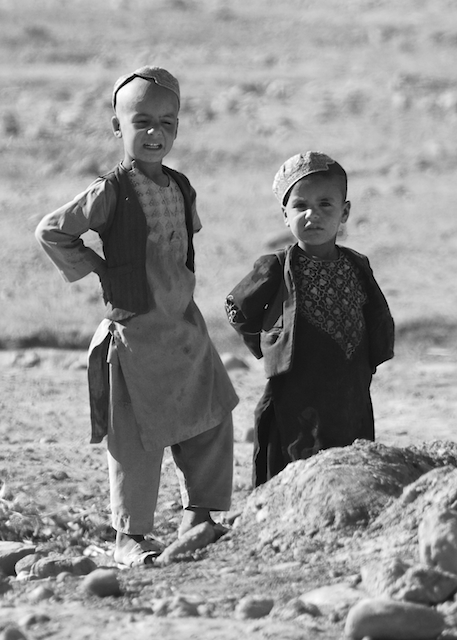 The children are dirty and play in the surrounding desert. Once the boys are old enough they will work with family members in the fields planting, maintaining and harvesting crops, digging irrigation ditches by hand or looking after the goat herds that belong to their families. Young girls will remain with their mothers and learn how to run a household.

There are schools in Afghanistan however during the Taliban‘s rule, the Taliban ruled that all schools to be closed, fortunatley there were some schools that did not close however they were not permitted to teach girls, only boys. Now since Coalition Forces have been in Afghanistan there is approximately 8 million boys attending school and approximately 1 million girls attending, and these numbers continually rise There are approximately 8000 schools throughout Afghanistan, unfortunatley in some areas the Taliban attempts, and some times succeeds, to close these schools. Having an education is just one way that a country will develop.

Life is hard in Afghanistan, even for young children.